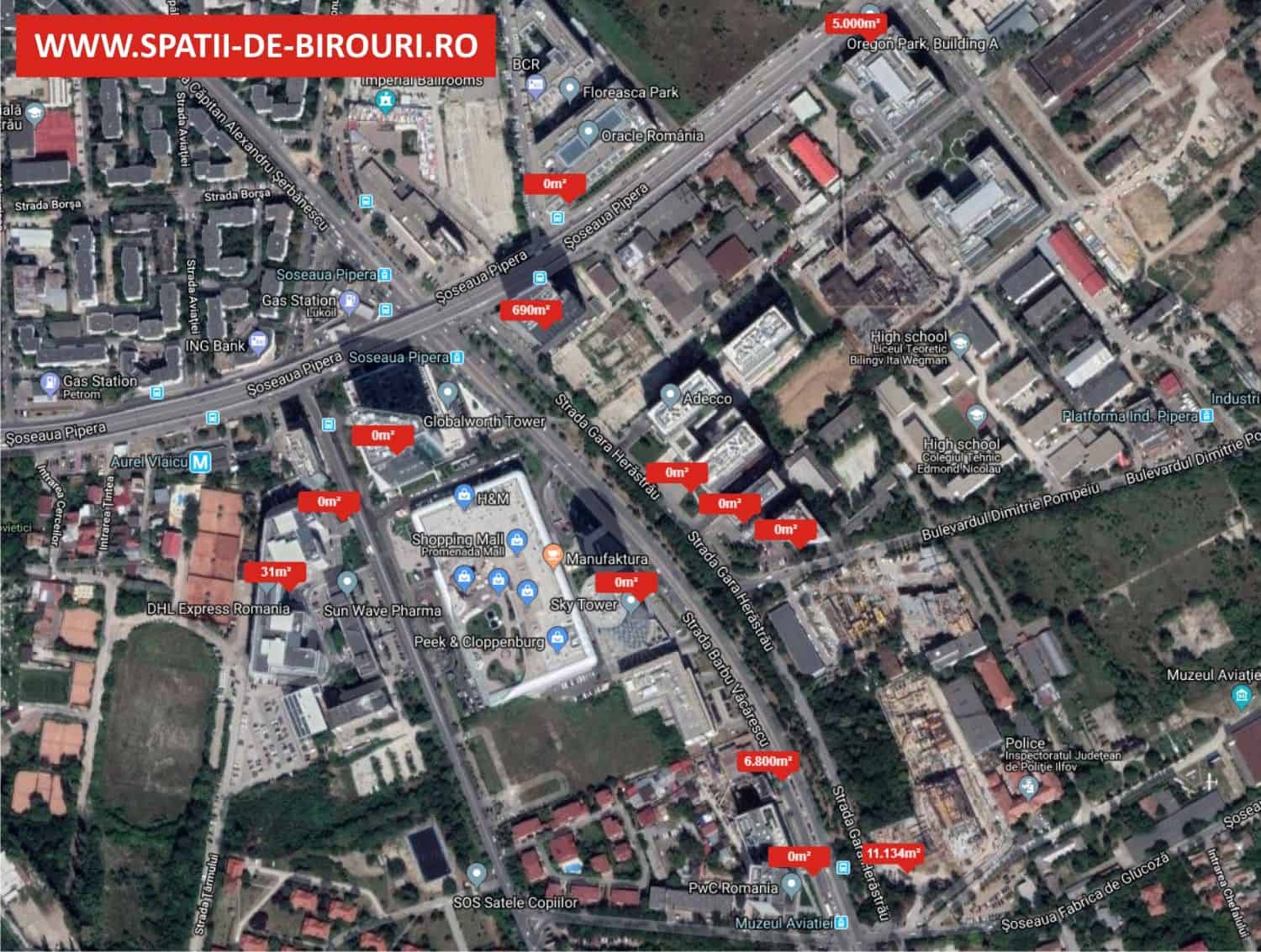 The area located adjoining Aurel Vlaicu metro, at the junction of Barbu Vacarescu, Pipera Road and Calea Floreasca, continues to be the most effervescent real-estate area in Romania, transforming at a high pace during the last 10 years into the new business district of Bucharest, the office stock being almost fully occupied (vacancy rate <2%).

The last report released by Activ Property Services shows that 5 new buildings are currently under construction in the area, including 3 offices, the future 4-star Courtyard by Marriott hotel of 259 rooms and Aviatiei Towers with 235 apartments (1st phase of 134 units).

During the last 10 years the area has transformed an almost 1 km length frontage into a business district, with office buildings and Promenada Mall, including the two highest buildings in Romania, Sky Tower (36 floors) and Globalworth Tower (26 floors).

The office stock will continue to grow and has the potential to outpace half a million sq m in the next 3 years. Three new buildings are under construction with delivery in 2019 (Equilibrium 1, Oregon Park – building 3, Zone 313), totalling 51,500 sq m, while other 4 totalling 85,000 sq m are announced until the end of 2021.

In addition, Promenada Mall shopping centre is planned to be extended by 62,000 sq m GLA of retail and office space, to become the second largest shopping destination in northern Bucharest. The project is estimated for delivery in 2021.

“Companies have shown a strong demand to relocate and expand in the area, sustaining the developers’ pipeline activity. Take-up activity exceeded 50,000 sq m per year during the last 5 years, with records of 95,000 sq m in 2014 and over 58,000 sq m last year.” says Andrei Birsan, Head of Office Department at Activ Property Services.

The occupancy rate exceeds 98%, most of the buildings being fully let, as confirmed by the updated availability provided by owners to the office platform www.spatii-de-birouri.ro, under the administration of Activ Property Services.

Except the announced projects, the area includes additional sites with potential for real-estate redevelopment, in excess of 6.5 hectares.

Developers have shown a new tendency during the last two years to start major residential projects in the vicinity of the area, such as Cloud 9 (820 apartments) and Vibe Pompeiu (500 apartments).